This June my wife and I,both in our 60's, flew from Manchester, England, to spend a few days at Lake Maggiore in Northern Italy. It was a fabulous short break,despite the bad start,and we will certainly return. Italy has always been one of our most favourite countries to visit and a few years ago we visited Lake Garda so this time we thought to revist the area but look elsewhere and see more of the spectacular scenery.

We booked a low cost airline, Monarch, from Manchester to Milan(Malpensa), which was cheap and comfortable although it was four hours late in departing. Our flight into Milan was due to arrive around 6:30pm but didn't arrive until about 10:30pm,further delays at the airport meant our bus from the airport into Milan arrived in the city centre just after midnight. Fortunately we had pre booked our first night at a hotel in Milan city centre as we had thought it might be too late to travel on to our destination resort of Stresa,situated on Lake Maggiore. The hotel was a 5 minute walk from the bus station (right outside the main train station). We checked in and went straight to bed instead of going out for the evening dinner we had planned. The hotel was extremely comfortable and we had a superb breakfast in the morning. We decided to spend the morning in Milan before getting a train to Stresa. After breakfast we walked to the train station and after checking train times to Stresa we walked into the city centre. Milan is beautiful and we visited the Duomo which is an incredible building. Our visit there and to the surrounding area made the problems of the previous day seem worthwhile.

After lunch in a local cafe we walked back to the station, picking up our luggage at the hotel, and got our train to Stresa (about 10 Euros). The journey took about an hour and 30 minutes and the scenery got more and more beautiful as we approached the mountains. 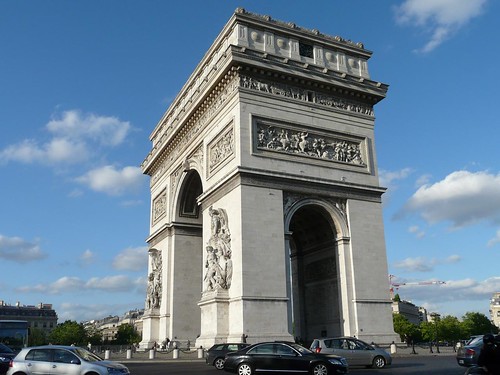 Stresa was gorgeous and the mountain scenery around was breathtaking. Our 4 star hotel (Regina Palace )was a fabulous looking building, dating back to the very early 20th century. It can only be described as sumptuous. Our room,complete with Juliette Balcony, had a beautiful view to the hillside and gardens behind the hotel. (A room with a lake view would have been even better). The hotel was everything that we had hoped for and once again the breakfasts were great. The hotel was situated right on the lakeside with views across the lake to the Borromeon Islands.

We spent three days in Stresa (Earnest Hemmingway stayed here). The local restaurants were great and reasonably priced, we had only booked breakfast at our hotel as we both enjoy eating out in the evening. The weather was around 28-30 Degres C with sunshine virtually all day. We did have a brief thunder and lightening storm on our last evening but it only lasted about 90 minutes and was actually quite spectacular with the lightening flashing over the distant mountains. There was not much in the way of shopping in Stresa but that was not the purpose of our visit. 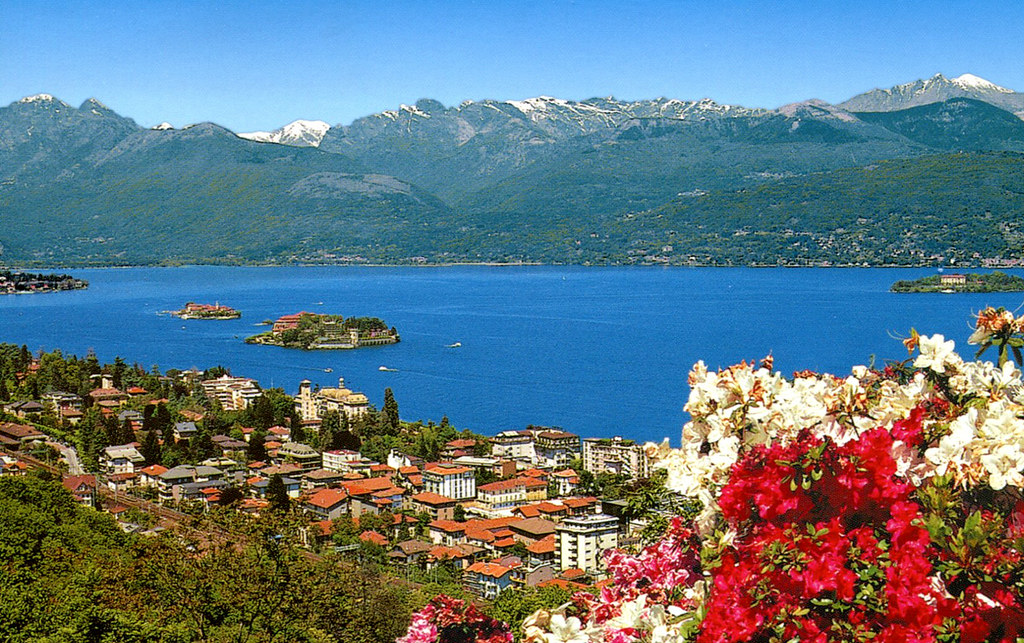 
One day we took a short boat trip to the Borromeo islands, they were lovely and even had a spectacular Palazzo and gardens to sightsee. Apparently Napoleon Boneparte visited and stayed there accompanied by his wife Josephine. Another day we took a train trip on the Maggiore Express and travelled across the mountains into Switzerland and spent a few hours in Locarno before travelling back down the lake by boat to Stresa, calling in at the various small ports on the way. This was indeed a lovely day with views of the mountains and lake that were truely memorable. On our third day we caught the cable car to the top of mount Mottarone.Once again the views were superb and there was a small cafe to sit and admire the surroundings.

When it was time to leave we had to take a taxi from our hotel in Stresa to Malpensa airport as there were no suitable trains. Taxi fare was 100 Euros (although we were told that this could be shared if another couple were travelling in the taxi at the same time…(this never happened!)

Our return flight was on time and we were back home at Manchester airport by mid afternoon. Despite our initial travel difficulties this was indeed one of our best weekend breaks and with lots of photographs to look back on is one that is sure to stay in the memory banks for many years to come.