Upon arrive, visit 【Seine River Cruise (Included Entrance) 】. After that visit 【2nd Level Eiffel Tower (Included Entrance) 】, the Eiffel Tower is an iron lattice tower located on the Champ de Mars in Paris. It was named after the engineer Gustave Eiffel, whose company designed and built the tower. Erected in 1889 as the entrance arch to the 1889 World’s Fair, it was initially criticised by some of France’s leading artists and intellectuals for its design, but has become both a global cultural icon of france and one of the most recognizable structures in the world. Once the tallest structure in the world, the Eiffel Tower is probably Europe’s best known landmark and Paris’s most famous symbol.  Next visit to 【Arch Of Triumph (Photo Stop)】it is one of the most famous monuments in Paris. The Arc de Triomphe (In English: ‘Triumphal Arch’) honours those who fought and died for France in the Freach Revolutionary and the Napoleonic Wars, with the names of all French victories and generals inscribed on its inner and outer surfaces. After that drive pass to 【Champs Elysees (Drive Pass)】is a boulevard in the 8th arrondissement of Paris, which runs between the Place de la Concorde and the Place Charles de Gaulle, where the Arc de Triomphe is located. It is famous for its threatres, cafés and luxury shops, and for the military parade that takes place each year on the avenue on 14 July to celebrate Bastillie Day. Then continue pass by【Grand & Petit Palais (Drive Pass)】Continuously pass by【Place de la Concorde (Drive Pass)】 is one of the major public squares in Paris. France, measuring 8.64 hectares (21.3acres) in area, it is the largest square in the French capital . It is located in the city’s eighth arrondissement, at the eastern end of the Champs-Ếlysées. and 【Opera (Drive Pass)】, 【Military Academy (Drive Pass)】 and 【Les Invalides (Drive Pass)】 is a complex of buildings in the 7th arrondissement of Paris, France, containing museums and monuments, all relating to the military history of France, as well as a hospital and a retirement home for war veterans, the building’s original purpose. Next, drive pass【La Madeleine (Drive Pass)】; 【Lourve Museum (Photo Stop)】; 【Lafayette Shopping (Closed on Sunday)】. La Madeleine is a Roman Catholic Church occupying a commanding position in the 8th arrondissement of Paris. The Madeleine Church was designed in its present form as a temple to the glory of Napoleon’s army.

After breakfast, scenic drive to Zurich.

After breakfast, proceed to 【Lion Monument (Photo Stop)】is a sculpture in Lucerne, Switzerland, designed by Bertel Thorvaldsen and hewn in 1820-21 by Lukas Ahorn. It commemorates the Swiss Guards who were massacred in 1792 during the French Revolution, when revolutionaries stormed the Tuileries Palace in Paris, France. Mark Twain praised the sculpture of a mortally-wounded lion as ‘the most mournful and moving piece of stone in the world【Wooden Chapel Bridge (Photo Stop)】The Kapellbrucke (literally, Chapel Bridge) is a in central Switzerland. Named after the nearby St. Peter’s Chapel, the bridge is unique since it contains a numver of interior paintings dating back to the 17th century, although many of them were destroyed along with most of the centuries old bridge in a 1993 fire. It serves as the city’s symbol and as one of the Switzerland’s main tourist attractions and free and easy at 【Old Town】.

After breakfast, proceed to 【Rhine Fall (Photo Stop)】are Europe’s mightiest waterfall. The falls are located at the northernmost edge of Switzerland; 【Lake Titisee (Walking Orientation)】 is a lake in the southern Black Forest in Baden-Württemberg. It is said it got its name from Roman Emperor Titus. On the north shore lies the Spa town of the same name, today a part of the municipality of Titusee-Neustadt. Next, visit to 【Cuckoo Clock Factories】 and drive pass【Oldest University (Drive Pass)】. Cuckoo clock factories is a typically pendulum-regulated clock traditionally manufactured in the Black Forest in Germany that strikes the hours with a sound like a common cuckoo’s call and often has a mechanical cuckoo that emerges with each note. Continuously pass by to 【Massive Ruins Castle (Drive Pass)】, it is a famous ruin in Germany and landmark of Heidelberg. The castle ruins are among the most important Renaissance structures north of the Alps. It is located 80 metres (260ft) up the northern part of the Königstuhi hillside, and thereby dominates the view of the downtown; 【Medieval Town (Walking Orientation)】is the “old town” on the south bank of the Neckar, is long and narrow. The Main Street (Hauptstrasse), a mile-long pedestrian street, running the length of the old town. The town itself is a maze of historic, baroque and gabled buildings lining the river with its romantic old-town behind .

After breakfast, assemble to 【Cologne Cathedral (Walking Orientation)】 it is one of the oldest cities in Germany. Within the most spectacular Gothic cathedral of Cologne has the world’s largest church façade, 1996 has been designated as World Heritage Site. It is the main symbol of Cologne, unofficial symbol.

After breakfast, visit to 【Atomium (Photo Stop)】 is a building in Brussels originally constructed for Expo 58, the 1958 Brussels World’s Fair. Designed by the engineer André Waterkeyn and Andre and Jean Polak; drive pass to【Grand Place (Drive Pass)】is the central square of Brussels. It is surrounded by guildhalls, the city’s Town Hall, and the Breadhouse. The square is the most important tourist destination and most memorable landmark in Brussels. It measures 68 ny 110 metres (223 by 361 ft), and it is a UNESCO World Heritage Site. Next visit to 【Maison du Roi (Walking Orientation)】 and 【City hall (Walking Orientation)】is a masterpiece of the Gothic civil architecture of the 15th century. The wealth inside also makes it one of the most luxurious city halls of the country. After that, visit to 【Manneken Pis (Walking Orientation)】, it is a landmark small bronze sculpture in Brussels, depicting a naked little boy urinating into a fountain’s basin. It was designed by Hiëronymus Duquesnoy the Elder and put in place in 1618 or 1619.

After breakfast, ride【Canal Cruise (Included Ticket)】. After that, visit to 【Red Light District (Walking Orientation)】, it is a part of an urban area where there is a concentration of prostitution and sex-oriented businesses, such as sex shops, strip clubs, adult theaters,etc. The term originates from the red lights that were used as signs of brothels. There are areas in many big cities around the world which have acquired an international reputation as red-light districts. Continuously visit to 【Dam Square (Walking Orientation)】, or simply the Dam is a town square in Amsterdam, the capital of the Netherlands. Its notable buildings and frequent events make it one of the most well- Known and important locations in the city. After that visit to 【Diamond Factory】and 【Zaanse Schans (Walking Orientation)】 with its traditional houses, windmills, warehouse and workshops, the historic village of Zaanse Schans offers a preserved glimpse of what it was like to live in the Netherlands in the 18th and 19th centuries.

After breakfast, free at own leisure, until gather time transfer to airport for the return flight home.

** The sequence of itinerary, meals and hotel arrangement are subject to the final adjustment of the local ground operator. **(QR-10EFH)** Terms & Conditions Apply **

There are no reviews yet. 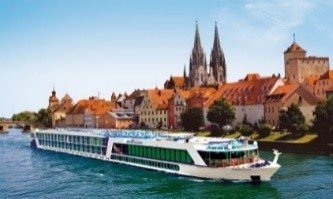